‍
Hello, I'm Poster Journal. I don't know what I'm doing with this. I want to make things and I want people to like them. I just walk around writing things down in the notes app. Anybody could do this. You should do this. No don't do this it's kind of a joke. I don't say who I am because I'm not the point. Or maybe I'm protecting myself. Perhaps. I hope you like it. It's okay if you don't like it. Sometimes I hate it. Many times I don't want to do it anymore. But it's so fun to make this stuff. It's a lot of work and I don't know if it's worth it. And monetizing creativity is one of the hardest things I’ve ever had to do.  Because it’s not something people need, it’s only something that people might want.  And it’s weird because how do you price creativity? What is creativity worth? Are you buying the physical thing? Are you buying the idea? Are you buying the time?  Are you buying the effort?  I really don’t know. Because otherwise we get creativity for free. Well, no we don't. We do pay with our data and attention, but not with money. So if you think about it, the successful monetization of creativity is rare. And it's almost always problematic in some form – musicians make next to nothing from streaming, they make their money from touring and merch. It seems art becomes worth money when it can be made tangible somehow. It has to leave the brain and manifest through matter. Oh, and capitalism? I think the concept of “I made this thing would you like to buy it?” is a good concept, I’m not talking about that, I’m talking about what happens when you get billions of people involved and it’s the way by which extremely important and limited resources are distributed amongst its participants. Market forces and the profit motive are some of the most creative and destructive forces on earth. But I also think monetizing it has made it better, it puts this extra lens, a very powerful one, of: “is what you’re making something that people want to put in their house and see every day?  Is this something you want to see every day? Is this something you wish existed?"  Having that inform the process (I think) has forced it to be better.

Poster Journal says what you’re thinking, so you don’t have to. 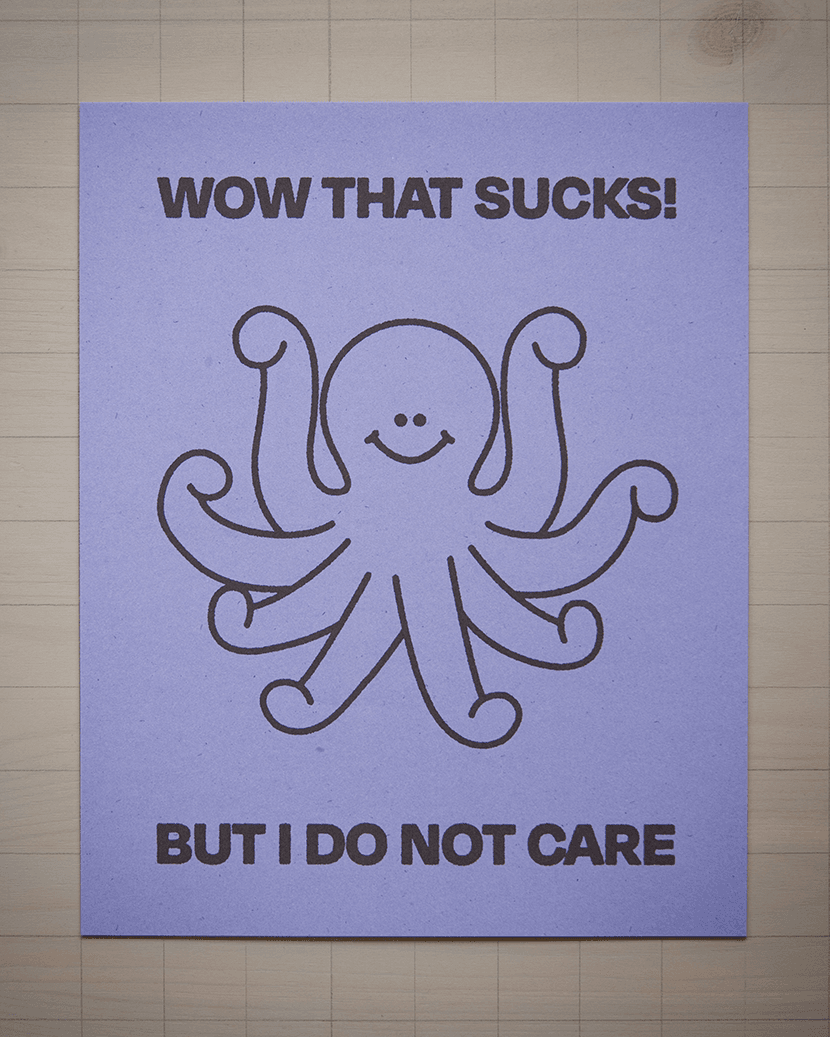 And says it better than you ever could. Quick and to the point, understood in a glance. That’s it’s power.
Poster Journal lets your walls do the talking. 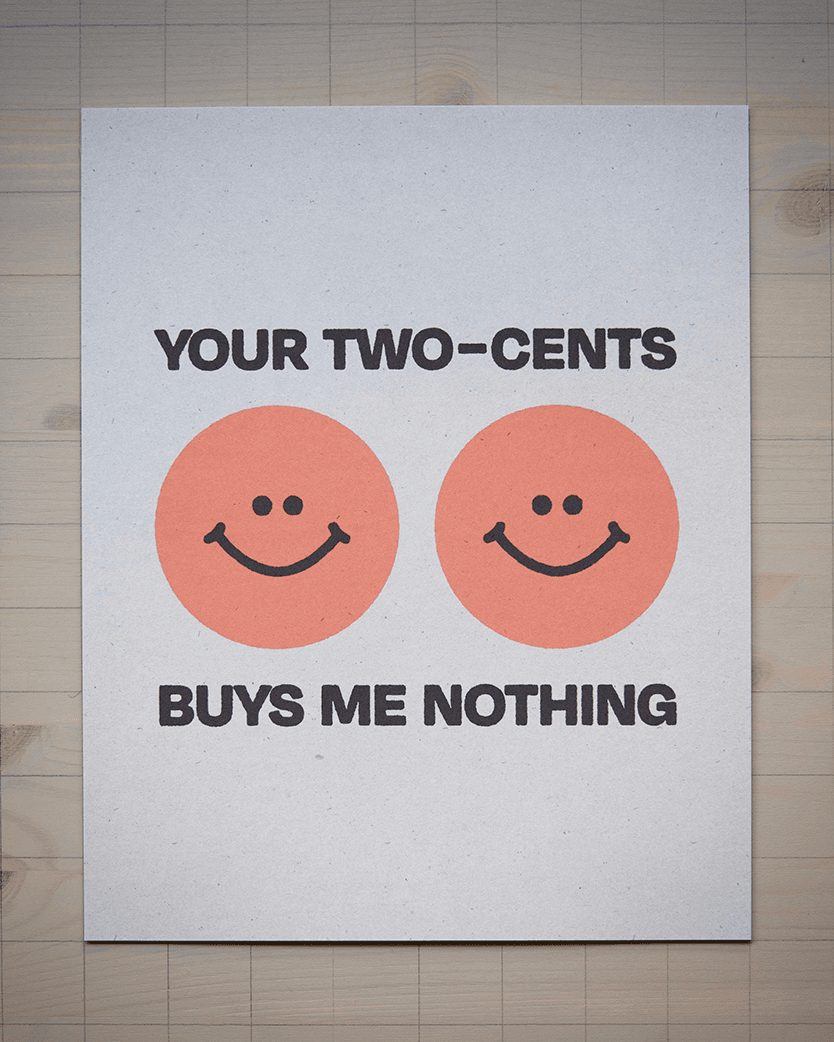 Fill your life with reminders to not take life so seriously. It’s what they’re designed to do. And if anyone gives you shit, you only need to point.
Poster Journal
is for keeping. 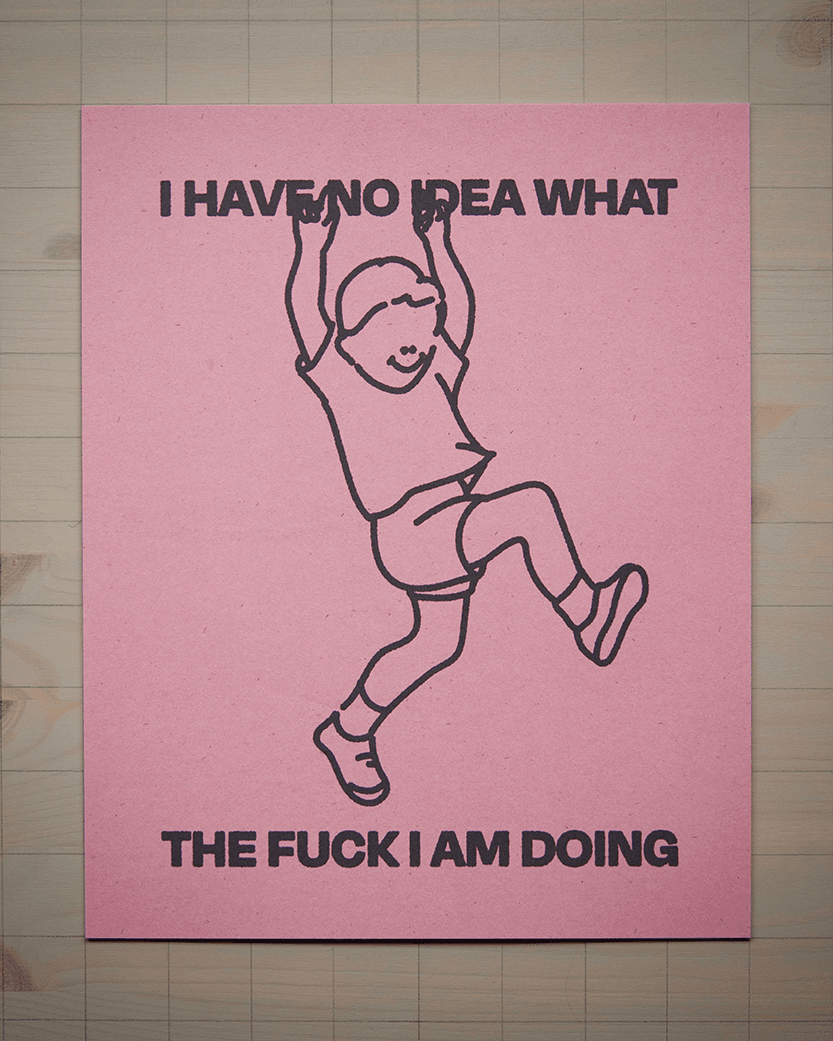 The best paper and the best ink makes the best prints. Move with them, add to them, and they’ll only get better with time. These are the real deal.
Thanks baby.
OOPS TRY AGAIN